OAK BROOK, Ill. — Timely treatment with endovascular therapy to restore blood flow to the brain significantly improves functional outcomes in patients with acute ischemic stroke, according to a new study published online in the journal Radiology. The findings underscore the importance of getting stroke patients to the correct level of care quickly and efficiently, researchers said. 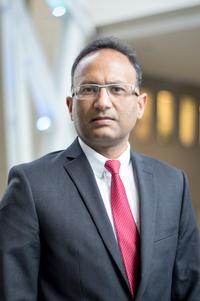 "The earlier that patients with acute ischemic stroke get to a hospital offering the appropriate treatment, the higher the likelihood is of a good outcome," said the study's lead author, Mayank Goyal, M.D., FRCPC, from the University of Calgary in Calgary, Alberta.

Acute ischemic stroke, or a stroke caused by blockages in arteries carrying blood to the brain, accounts for almost 90 percent of all strokes. Brain tissue deprived of oxygen-bearing blood can die quickly, resulting in long-term functional impairments for the patient such as difficulty walking or speaking.

In recent years, important advances have been made in stroke care, including intravenous tissue plasminogen activator (IV t-PA) and stent retrievers. IV t-PA is a protein that breaks down blood clots. Stent retrievers are mesh devices that are threaded through a blood vessel in the groin to blocked arteries in the head under X-ray guidance to grab and remove the clot.

In the new study, researchers analyzed data on patients treated with both IV t-PA and stent retrievers from the Solitaire With the Intention For Thrombectomy as PRIMary Endovascular Treatment (SWIFT PRIME) Trial to learn more about the clinical relevance of the duration of time from symptom onset to clot removal.

However, not all facilities are trained or equipped to offer these treatments in the crucial first hours after a stroke.

The researchers found that inter-facility transfer times represented a significant source of delay in the management of the patients. Time from onset of symptoms to the initiation of clot removal averaged more than 4.5 hours for patients who initially arrived to a referring facility, compared with only 3 hours for patients who presented directly to an endovascular-capable center with stent- retriever services available.

"Two-thirds of the patients in our study went directly to the endovascular-capable center and one-third went to a primary stroke center," Dr. Goyal said. "For those who went to the stroke center, there was a loss of about two hours in overall workflow, which is pretty significant."

The study results highlight the importance of tracking endovascular workflow times and providing feedback to maintain good results in the acute management of stroke.

"Given the substantial decrease in functional independence with increase in time to restoration of blood flow, every step in the work up and treatment of these patients should be weighed against the time spent versus the potential benefit," Dr. Goyal said.