CHICAGO — Three new studies reporting on the effects of the Zika virus outbreak in Brazil will be presented next week at the annual meeting of the Radiological Society of North America (RSNA). 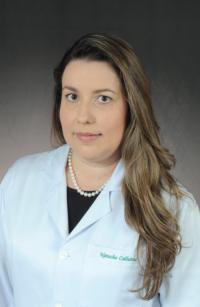 "We live in Pernambuco, a state in northeastern Brazil, which had the highest number of patients with microcephaly during the Zika outbreak in our country," said study author Natacha Calheiros de Lima Petribu, M.D., from the Department of Radiology at Barão de Lucena Hospital. "Our study proves that Zika virus infection can cause congenital brain damage in babies with and without microcephaly."

Many of the adults had symptoms of Guillain-Barré syndrome, a rare disorder in which the body's immune system attacks the nervous system causing rapid onset muscle weakness. A few showed inflammation of the brain and spinal cord (Bickerstaff's encephalitis) or brain stem and spinal cord lesions. Common MRI findings included enhancement of certain spinal and facial nerves. In the newborns, MRI showed orbital injuries and anatomical changes in brain tissue. 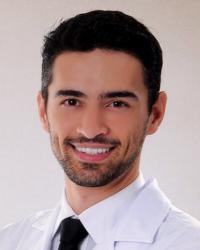 "It was alarming to find so many cases of neurological syndromes in adults, some very serious, related to Zika virus infection," said study author Emerson de Melo Casagrande, M.D., from the Department of Radiology at Antonio Pedro University Hospital - Federal Fluminense University. "We have also noticed a difference between these syndromes, even though the trigger was the same."

In a third study, ultrasound and fetal MRI were performed on pregnant patients with Zika virus infection at different gestational ages. Once the babies were born, they underwent ultrasound, CT and MRI. The researchers then created 3-D virtual and physical models of the skulls. More than half the babies had microcephaly, brain calcifications and loss of brain tissue volume, along with other structural changes.

"The emergence of Zika virus in the Americas has coincided with increased reports of babies born with microcephaly," said study author Heron Werner Jr., M.D., Ph.D., from the Department of Radiology at Clínica de Diagnóstico por Imagem. "An early diagnosis may help in treating these babies after birth. Moreover, the knowledge of abnormalities present in the central nervous system may give hints about the pathophysiology of the disease." 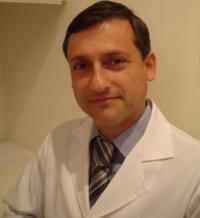 Zika is mainly spread to humans via the bite of an infected mosquito. Symptoms may include fever, rash, joint or muscle pain, headache and bloodshot eyes. More serious conditions, such as Guillain-Barré syndrome, have been associated with Zika infection in adults, but are uncommon. Many adults infected with Zika have no symptoms at all.

Zika appears to be most dangerous when transmitted from a pregnant mother to her fetus during the first trimester of pregnancy, increasing the likelihood of severe brain defects in the baby, including microcephaly. Zika has also been linked to eye defects, hearing impairment and stunted growth in babies.

Pregnant women and women who are considering becoming pregnant should avoid visiting areas where infected mosquitos are known to be present. However, if women live in areas where the mosquitos are present, the recommendation of the Centers for Disease Control and Prevention (CDC) is to wear clothes that protect from mosquito bites, use mosquito repellent and get appropriate testing, including routine prenatal care and an ultrasound at 18 to 20 weeks. Pregnant women who are worried that they may have contracted the virus should speak with their obstetrician to initiate testing.

Although these reports focus on the Zika outbreak in Brazil, the infection has spread to countries and territories around the world, including the United States.