CHICAGO — Children in all-terrain vehicle (ATV) accidents are likely to suffer chest injuries, many of them serious, according to a new study presented today at the annual meeting of the Radiological Society of North America (RSNA). 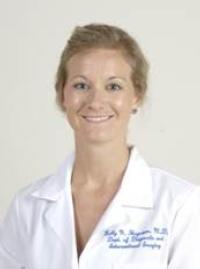 "The sheer incidence of chest injuries in pediatric patients evaluated after ATV accidents is rather alarming and not necessarily the type of injuries patients and their families give much forethought to when considering the risks of ATV use," said study author Kelly N. Hagedorn, M.D., radiology resident at McGovern Medical School at The University of Texas Health Science Center at Houston.

ATVs—motorized vehicles with large, low-pressure tires, designed for off-highway use—have an average weight of 300 to 400 pounds and travel up to 75 miles per hour. ATV-associated injuries can be caused by crashes, rollovers, ejections or even disregard of simple safety precautions.

According to the Consumer Product Safety Commission (CPSC), 24,800 children under the age of 16 were treated in hospital emergency rooms nationwide in 2014 for ATV-related injuries. This figure represents more than a quarter of all ATV-related injuries treated that year. While the American Academy of Pediatrics recommends that children under the age of 16 be prohibited from riding ATVs, regulations vary from state to state.

Dr. Hagedorn and colleagues performed a retrospective review of records from 1992 to 2013 for patients between 0 and 18 years old who underwent chest imaging at Memorial Hermann Red Duke Trauma Institute, a level 1 trauma center in Houston, after ATV-related incidents. During the study period, 455 patients were admitted. Of these, 102 (22 percent) had a chest injury. Patients with chest injuries were the focus of the study.

"While this study only highlights a specific subset of potential injuries, their incidence and clinical significance cannot be overlooked," Dr. Hagedorn said. "Other studies have demonstrated the prevalence of orthopedic and neurologic injuries, and the most recent CPSC report estimates that 23 percent of ATV-related fatalities since 1982 have occurred in children younger than 16."

"Our study further supports the need for increased public awareness of the risks—and potentially devastating consequences—of ATV use among children," Dr. Hagedorn said.