CHICAGO — Radiologic signs of injury could help identify victims of intimate partner violence, according to a study presented today at the annual meeting of the Radiological Society of North America (RSNA). 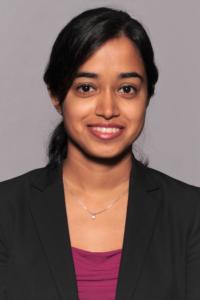 "Radiologists must be aware that intimate partner abuse is a common public health problem," said study author Elizabeth George, M.D., a radiology resident at Brigham and Women's Hospital in Boston. "It affects one in four women in the United States. So many of the patients we encounter may have this unfortunate story."

Medical images sometimes offer early clues that abuse is taking place. In fact, the case that inspired the study's principal investigator, Bharti Khurana, M.D., emergency radiology fellowship program director at Brigham and Women's Hospital., involved a young woman who arrived at the Emergency Department with an acute nasal bone fracture superimposed on an old, healed fracture. While going through prior medical images of the patient on the hospital's picture archiving and communication system, or PACS, Dr. Khurana identified a recent wrist fracture. This pattern of recurrent injury made her voice her suspicion of intimate partner violence, a finding the referring physician initially had not suspected. 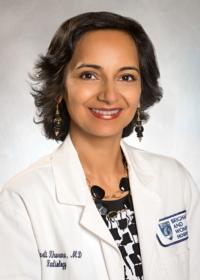 "This also led us to connect with some of our Emergency Department staff physicians and colleagues who were already working on the clinical and social aspects of this issue," Dr. Khurana said. "We went on to design this research study to objectively assess the clinical and radiologic findings in this population."

The study, which reviewed electronic medical records from patients referred to domestic abuse and sexual assault programs from January to October 2016, found characteristic injuries among the patients.

"On the radiologic front, we identified common patterns of injury such as soft tissue injuries and extremity fractures, which often involved the distal upper extremities, suggesting injury from defensive attempts," Dr. George said. "Other commonly seen injuries were facial fractures, which represent an easily accessible area for inflicting trauma. These injury patterns could alert the radiologists to potential intimate partner violence."

A majority of the 87 intimate partner violence victims were female (95 percent) and African-American (40 percent), with a mean age of 34.7 years. A total of 665 radiology exams were performed in this population over five years. The most commonly performed exam was chest X-ray, followed by obstetric ultrasound and musculoskeletal X-rays.

The 35 sexual assault victims were younger (mean age 27.3 years), majority female (91 percent), and African-American (46 percent). A total of 109 radiology exams were performed in this population over five years. The most commonly performed exam was chest X-ray, followed by head CT, pelvic ultrasound and musculoskeletal X-rays. There were fewer traumatic injuries in this population.

"Our findings point toward the complex nature of these social situations and the need for a targeted intervention program not only to identify but also intervene in the various aspects of care of these patients," Dr. Khurana said.

Along with providing information on presenting injuries, radiologists have access to a wealth of information through PACS that can show prior fractures linked to abuse. Old, healed fractures look distinct from acute fractures, Dr. Khurana said, and may be evident in the form of bone remodeling, deformity or focal bone thickening.

"In the emergency room setting, the priority is to identify acute pathologies," she said. "As a result, old fractures or fracture-related deformities may not be given sufficient importance. But the presence of old and acute fractures may be pivotal in making the diagnosis of intimate partner violence."

Findings suggestive of abuse should trigger a conversation between the radiologist and the referring physician, the researchers noted. Additional communications with the patient would involve a multidisciplinary team with the experience and resources to address the issue.

"At our institution, we are fortunate to work in a system that has strongly implemented screening for intimate partner violence, and there exists a multidisciplinary team of physicians, nurse practitioners and social workers facilitating comprehensive care," Dr. George said. "We are hopeful that the results of our study will increase awareness and pave the way for more research, as well as resources with multidisciplinary teams devoted to the care of this vulnerable population."