OAK BROOK, Ill. — MRI provides a safe, noninvasive way to monitor liver fat levels in people who undergo weight loss treatments for obesity, according to a new study published in the journal Radiology. 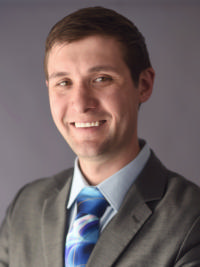 Obesity is a major U.S. public health issue, with more than two-thirds of American adults considered overweight or obese. Non-alcoholic fatty liver disease is common in obese patients. The condition can progress to cirrhosis and is associated with a higher risk of liver cancer.

Bariatric surgical procedures such as gastric bypass or sleeve gastrectomy have proven to be effective weight loss interventions in patients with obesity. However, not much is known about the relationship between overall weight loss achieved by these treatments and decreases in liver fat content. Liver fat is difficult to measure noninvasively, and biopsy's invasiveness makes it unfeasible for monitoring changes in the liver over time.

"CSE-MRI allows us to represent the measurement of liver fat as a percentage," said study coauthor B. Dustin Pooler, M.D., adjunct assistant professor at the University of Wisconsin School of Medicine and Public Health and radiologist at Madison Radiologists, S.C., in Madison, Wis. "Each patient can get an assessment of fat throughout the liver that is easy for them to understand. The numbers also allowed us to perform comparisons with liver fat measurements from surgical and biopsy specimens."

Dr. Pooler and colleagues studied CSE-MRI in 50 obese patients who underwent bariatric surgery for weight loss. The patients went on a low-calorie diet before the surgery, an approach that has been shown to increase the safety and efficacy of the surgery.

The researchers performed CSE-MRI twice before surgery and then multiple times in the year following the procedure. They also compared liver fat changes as determined by PDFF with changes in body mass index (BMI), weight and waist circumference.

By six to 10 months following surgery, mean PDFF in the study group decreased from 18 percent to about 5 percent—normal range is 5 percent or less—and mean BMI decreased from 45 to 34.5. The mean estimated time to PDFF normalization was approximately five months. The initial PDFF was the only strong predictor of both liver fat loss and time to normalization.

"The results showed a rapid early phase of improvements in liver fat, followed by a phase of continued improvements at a slower pace," Dr. Pooler said. "The changes began with the initiation of the low-calorie diet and occurred in advance of the overall improvements in BMI among the patients."

The results suggest several potential roles for CSE-MRI in the management of obese patients with fatty livers. PDFF measurements could help in the selection of patients for bariatric surgery because of the strong correlation between liver fat reductions and pre-treatment liver fat content. In addition, since decreases in liver fat content were only weakly correlated with starting weight and overall weight loss, monitoring liver fat with MRI following bariatric surgery, independent of monitoring weight loss, would be useful. The greatest potential benefit could be for patients with fatty livers regardless of their starting weight or weight loss.

"There is this assumption that when you lose weight you also reduce liver fat, but the relationship was very hard to measure prior to having a good tool like MRI," Dr. Pooler said. "This study shows that the MRI technique is very clinically feasible for monitoring liver fat over time."

Dr. Pooler said the CSE-MRI technique could have applications beyond monitoring the effects of bariatric surgery.

"We looked at bariatric surgery patients in our study, but there's no reason this clinical tool can't be used to monitor all sorts of weight loss patients," he said. "We want patients and physicians to know that this is an option for them. We've done the validation and the next step is to make people more aware of this option."