Chronic obstructive pulmonary disease or COPD refers to respiratory (lung) diseases that block airflow from the lungs and cause breathing difficulties. Chronic bronchitis (inflammation and narrowing of the airways or bronchial tubes) and emphysema (damage to the lining of the air sacs in the lungs) are often part of this condition.

Your doctor may perform pulmonary function testing (spirometry) or arterial blood gas analysis to help diagnose this condition. Chest x-ray or chest CT may be used to measure the extent of your disease. While there is no cure for COPD, your doctor may recommend lifestyle changes, therapies, medication and/or surgery to help relieve your symptoms.

Chronic obstructive pulmonary disease (COPD) refers to pulmonary diseases that block airflow from the lungs and cause breathing difficulties. Chronic bronchitis and emphysema are often part of this condition.

Chronic bronchitis is the inflammation and narrowing of the airways or bronchial tubes. This inflammation can create excess mucus, blocking airflow. You may develop a long-standing cough, which occurs in order to clear the mucus from the airways. In order for bronchitis to be considered chronic, you must have a cough that lasts at least three months of the year for two years.

Emphysema occurs when the linings of the air sacs are damaged and holes develop in the lungs. Once the air becomes trapped in these holes, the lungs slowly increase in size and lose their elasticity. This makes breathing more difficult because the lungs cannot exhale completely.

Symptoms of COPD include:

There are many factors that contribute to the development of COPD. The leading cause is long-term tobacco smoking. Others include:

In rare cases, non-smokers or children may develop COPD as a result of alpha-1 antitrypsin deficiency (A1AD). A1AD is a genetic disorder caused by abnormally low levels of a protein called alpha-1 antitrypsin. These patients develop emphysema that is located at the base of the lungs.

How is COPD diagnosed and evaluated?

Your primary care doctor will begin by taking your medical history and asking about symptoms. You will also undergo a physical exam.

If your doctor suspects you are suffering from COPD, the following tests may be performed:

Your doctor may also order the following imaging tests:

How is COPD treated?

While there is no cure for COPD, your doctor may recommend one or more of the following to help relieve symptoms: 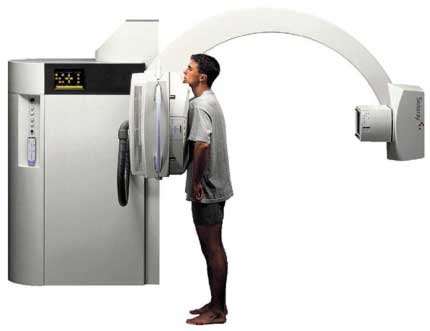