Parathyroid disease affects the four small parathyroid glands in the neck that help maintain the correct level of calcium within the body.

Your doctor may diagnose parathyroid disease using blood tests. Imaging tests such as ultrasound, bone densitometry, body CT and/or body MRI may be used to assess any complications from the disease. Treatment options include surgery, medication, dietary supplements and monitoring.

What is parathyroid disease?

Hyperparathyroidism (HPT) is the most common type of parathyroid disease. In HPT, one or more glands are overactive. As a result, the glands make too much PTH. This may result in too much calcium in the blood—a condition called hypercalcemia. Usually, a benign tumor on the gland causes HPT.

Hypercalcemia can cause serious problems, including:

Most people with primary HPT have no symptoms. Some people experience mild symptoms, such as:

Symptoms for people with more severe disease may include:

In rare cases, two or more of the glands are overactive. This is called hyperplasia.

HPT is most often diagnosed in people between the ages of 50 and 60. Women are affected about three times as often as men. Some people have HPT due to a rare genetic disorder called familial hypocalciuric hypercalcemia. This condition is typically benign and does not require treatment.

In some cases, a problem such as kidney failure causes the parathyroid glands to become overactive. This is called secondary HPT.

Parathyroid cancer can cause HPT. This very rare disease usually strikes people in their 50s. It often returns, or recurs, at the original site after treatment. Recurrence can be slowed by controlling the level of calcium in the blood.

Early detection is key to survival. Hypercalcemia and its associated complications often pose a greater threat to your health than the cancer itself.

Hypoparathyroidism means the body does not make enough PTH. As a result, the level of calcium in the blood is too low. The condition is usually caused by neck surgery or damage to the parathyroids. It can also happen from autoimmune attacks on the glands.

Hypoparathyroidism increases the risk of:

How is parathyroid disease diagnosed and evaluated?

Your doctor may diagnose parathyroid disease by testing the levels of calcium and PTH in your blood.

After diagnosis, the following tests may be done to assess complications:

Bone densitometry (DEXA, DXA):  Bone densitometry, also called DEXA or DXA, uses a very small dose of ionizing radiation to produce pictures of the inside of the body (usually the lower spine and hips) to measure bone loss. DXA is simple, quick and noninvasive.

Ultrasound: Ultrasound imaging uses sound waves to produce pictures of the inside of the body. Ultrasound is safe, noninvasive, and does not use radiation.

Computed tomography (CT) - body:  CT scans use a combination of x rays and computer technology to create three-dimensional (3-D) images. A CT scan may include the injection of contrast material. CT scans require the person to lie on a table that slides into a tunnel-shaped device where the x rays are taken. The procedure is often performed in an outpatient center, and the images are interpreted by a radiologist; anesthesia is not needed.

Magnetic resonance imaging - body: Body MRI uses a powerful magnetic field, radio waves and a computer to produce detailed pictures of the inside of your body.

How is parathyroid disease treated?

Surgical removal of overactive parathyroid glands is highly effective in most patients. Surgery can benefit nearly everyone with primary HPT who exhibit symptoms. Those without symptoms but who meet guidelines for surgery also may benefit. Surgical removal of diseased parathyroids can lead to higher bone density, fewer fractures and a reduced chance of kidney stone formation.

Prior to surgery, doctors may use one or more of the following tests to locate the diseased gland(s):

Surgery is then performed one of two ways:

The surgeon will remove tissue and send it to a pathologist for analysis. This will tell your doctor if the abnormal tissue was benign or cancerous.

Potential complications from surgery are rare. Some patients suffer damage to the nerves controlling the vocal cords. This can affect speech. Others may face chronically low calcium levels and require lifelong treatment with calcium and vitamin D. The rate of complications is slightly higher for surgeries on multiple tumors.

People with primary HPT due to familial hypocalciuric hypercalcemia should not have surgery.

Some people with mild primary HPT may not need surgery and can be safely monitored instead. Monitoring may be prescribed for those who have:

People with low calcium levels due to the surgical removal of parathyroid tissue will need to take calcium supplements for life. People who have life-threatening attacks of low calcium levels or prolonged muscle contractions are given calcium intravenously.

Some people with primary HPT may be prescribed vitamin D supplements.

Too much vitamin D and calcium can cause hypercalcemia or high urine calcium. This may also sometimes interfere with kidney function, or even cause kidney failure. 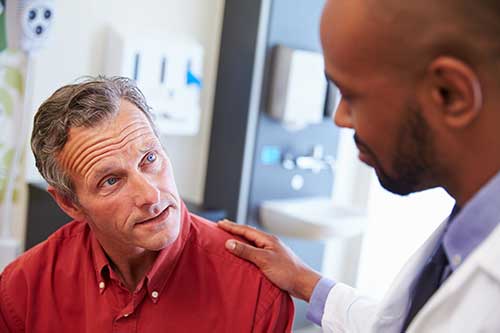