Abnormal vaginal bleeding occurs between menstrual periods, after sex, or after menopause. Menstrual periods that are heavier or last longer than usual or last more than seven days also are considered abnormal.

Your doctor will likely perform a physical and pelvic exam and may test your blood, hormone levels and thyroid function to determine if you are pregnant or infected with a sexually transmitted disease. Imaging tests such as pelvic ultrasound, transvaginal ultrasound, ultrasound of the uterus, pelvic MRI, hysteroscopy or endometrial biopsy also may be used to help diagnose your condition. Treatment depends on the underlying cause and may include medication, uterine fibroid emobolization, endometrial ablation or surgical intervention.

What is abnormal vaginal bleeding?

How is abnormal vaginal bleeding evaluated?

To determine the cause of abnormal bleeding, your physician will perform a physical exam, including a pelvic exam, and may perform one or more of the following:

How is abnormal vaginal bleeding treated?

Treatment for abnormal vaginal bleeding depends on the underlying cause, and may include: 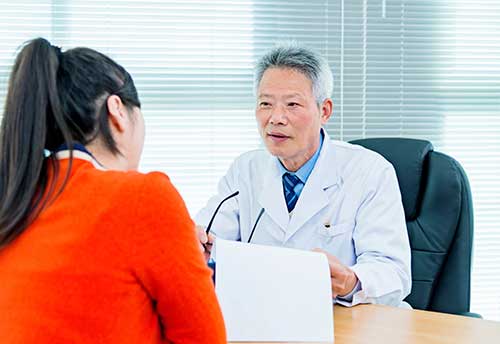