Alzheimer's disease is a condition where neurons within the brain stop functioning, lose connection with other neurons and die. It's the most common cause of dementia, a loss of brain function that can adversely impact memory, thinking, language, judgment and behavior. Alzheimer's is irreversible and progressive.

Alzheimer's is evaluated by identifying certain symptoms and ruling out other possible causes of dementia. Your doctor will likely perform a complete medical exam, including neurological, blood and brain imaging exams, such as CT, MRI or PET/CT of the head. There is no cure for Alzheimer's disease. However, your doctor may prescribe medication to slow the disease's progression and manage your symptoms.

What is Alzheimer's disease?

Alzheimer's disease is the most common cause of dementia, a loss of brain function that affects memory, thinking, language, judgment and behavior. In Alzheimer's disease, large numbers of neurons stop functioning, lose connections with other neurons, and die.

Irreversible and progressive, Alzheimer's disease slowly destroys memory and thinking skills and, eventually, the ability to carry out the simplest tasks of daily living.

Although the cause of Alzheimer's disease is unknown, scientists believe that a build-up of beta-amyloid plaques and neurofibrillary tangles in the brain are associated with the disease.

The stages of the disease typically progress from mild to moderate to severe. Symptoms usually develop slowly and gradually worsen over a number of years; however, progression and symptoms vary from person to person. The first symptom of Alzheimer's disease usually appears as forgetfulness.

As Alzheimer's disease progresses, symptoms may include a change in sleep patterns, depression, agitation, difficulty doing basic tasks such as reading or writing, violent behavior and poor judgment.

How is Alzheimer's disease diagnosed and evaluated?

No single test can determine whether a person has Alzheimer's disease. A diagnosis is made by determining the presence of certain symptoms and ruling out other causes of dementia. This involves a careful medical evaluation, including a thorough medical history, mental status testing, a physical and neurological exam, blood tests and brain imaging exams, including:

How is Alzheimer's disease treated?

There is no cure for Alzheimer's disease. However, medications that slow the progression of the disease and manage symptoms are available. 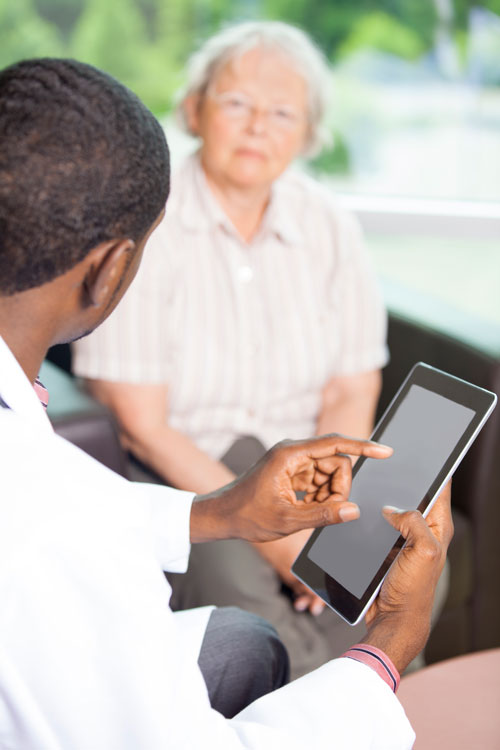